An illustrated presentation by Dr Mark Baldwin on 19th October 2018

Uniquely, the Battle of the Atlantic lasted for the whole of the Second World War, having started on the very first day of the war – 3 September 1939 – when U30 sank the unarmed passenger liner the ‘Athenia’. As well as lasting for years, the Battle of the Atlantic was also crucial to Allied victory. In Churchill’s own words ‘Never could we forget that everything happening elsewhere, on land, at sea or in the air, depended ultimately on its outcome.’ After the war, Churchill readily admitted that ‘the only thing that frightened me was the U-Boat peril’.

Dr Baldwin provides a fascinating insight into the varying fortunes of the Battle of the Atlantic, explaining the strengths and weaknesses of U-Boats, how they operated and what measures were introduced to counter the very real threat which they posed. As the war progressed, improvements were made to the design of torpedoes and depth-charges, and new equipment such as the Leigh Light and radar were introduced. The German cipher machine (‘Enigma’), already the world’s most sophisticated, was further improved in 1942, with near-disastrous results for Allied convoys. These and other factors are presented in a lucid and lively manner, using an unrivalled collection of visual images.

Dr.Baldwin owns one of the very few Enigma machines in private ownership and will be bringing it to the lecture for any of the audience to have a hands on experience following the lecture. This will be a unique opportunity to see and handle the machine that might have lost us the Battle of the Atlantic, but for our brilliant code breakers at Bletchley Park. 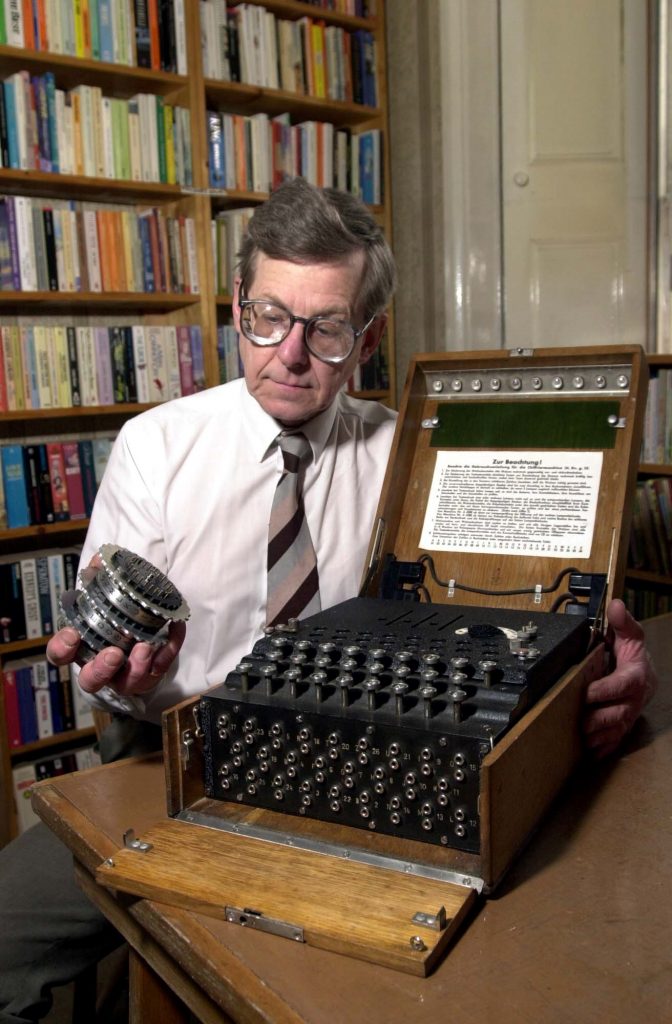