Gavin Hunter will present a talk about Lord Leverhulme’s time as Lord of the Isles of Lewis and Harris of the Outer Hebrides in Scotland, which he purchased with a view to establishing a fishing industry and creating larger farming units than the old and established crofting system. 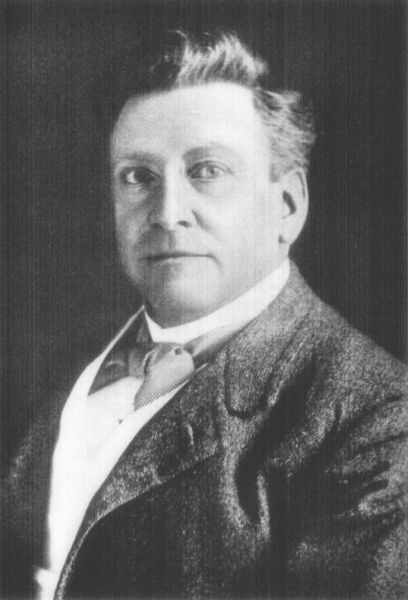 The Right Honourable The Viscount Leverhulme

In May 1918, by then in semi-retirement, William Lever, Viscount Leverhulme bought the Isle of Lewis for £167,000 and in late 1919 he bought the estate of South Harris for £36,000; both in the Outer Hebrides, Scotland. His plans for their future prosperity centred upon the application of modern science and his own business skills in establishing a large and thriving fishing industry. Although Stornaway had a good harbour, there were many disadvantages to Leverhulme’s plans for the port. Its remoteness led to additional transport costs for ice, fuel, packaging, and anything else that had to be imported, as well as for the fish products, almost all of which was sold on the mainland. The place itself was, for various reasons, unpopular with sailors, and the local population’s strict observance of the Sabbath had a negative effect on fishing operations, while catches of varieties of fish other than herring were unfeasibly small. 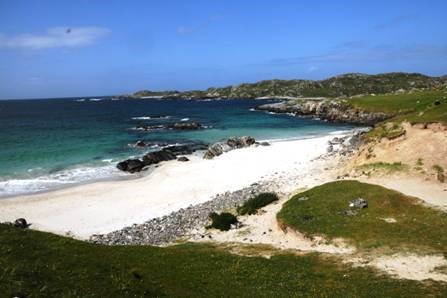 Leverhulme intended that the port should be improved and enlarged to attract landings of fish from visiting vessels to supplement catches made by local boats and his own fleet of modern drifters and trawlers. There would be an ice-making factory, and cargo vessels with refrigerated holds to take the fresh fish to a depot on the mainland at Fleetwood, Lancashire, which was well placed to serve the industrial towns of the north of England. Leverhulme also expanded the herring-curing capacity and enlarged the fish processing facilities with the installation of a canning factory, and a plant to make fish-cakes, fish-paste, glue, animal feed, and fertiliser, with similar equipment being established at Fleetwood.

Vertical Integration was apparently one of Leverhulme’s main strategies for the island fisheries venture, and to this end he acquired retail fishmonger’s shops in most of the UK’s larger towns and cities: all were modernised and refitted and their previous proprietors were installed as managers. This aspect of Lever’s Hebridean venture was named Mac Fisheries; the fleet of fishing vessels the MacLine Company. Mac Fisheries was a success and it grew rapidly until there were over four hundred shops all purchasing fish from many different wholesale suppliers. Other food industry enterprises were acquired including Wall’s, a manufacturer of ice-cream and sausages, and various companies specialising in different segments of the fish business, as well as several fishing fleet owners and operators. Although these developments brought tangible benefits to the people of Lewis, Leverhulme’s plans did not suit everyone, and this anomaly created severe obstacles for his ambitious plans for the Western Isles. 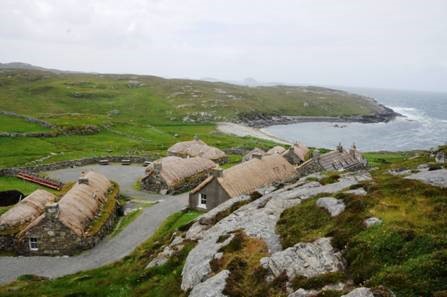 Typically, Leverhulme’s business strategies were comprehensive and meticulously set out. His plans for the island called for a reliable workforce, but although the inhabitants of Stornoway were generally well educated and hard working, they were for the most part regularly employed and well paid. The largely Gaelic speaking crofters, on the other hand, were mainly subsistence farmers and many of them were squatters; and it was this section of the population that Leverhulme hoped to develop and recruit. The crofters were poor, but they were used to an independent life style that was both long established and deeply ingrained in their psyche. Nevertheless, Leverhulme planned to entice them into becoming carbon copies of his Lancashire artisans by offering them an attractive alternative to their meagre smallholdings. He didn’t actively oppose the crofter’s way of life, but neither did he support it as some thought he, as their patron, ought to have done. And when the crofters learned about the money that was being expended on other projects, they began to resent his lack of support for them.

Leverhulme did his utmost to woo the population of Lewis and to make himself – as well as his schemes – popular among all the islanders. This seems to have worked to some extent, but there were other sceptics whose voices were heard in government circles. Robert Munro the Secretary of State for Scotland and Donal Murray the MP for the Western Isles, as well as a number of supporting characters including most of the House of Commons, were anxious to redress past oppression of the Highlanders who had so recently served with outstanding bravery in the First World War. 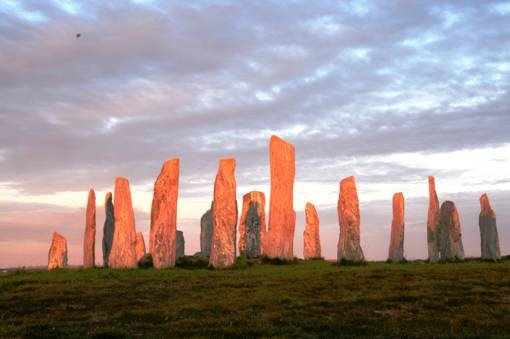 The Small Landowners Act (Scotland) 1911 had empowered the Scottish Secretary, on behalf of the Government, to acquire certain farms in the Highlands and Islands by compulsory purchase and to have them divided up to provide more crofts. In 1913, four farms on Lewis had been scheduled for take-over, but the action had been opposed by the Proprietor at that time, and when the war with Germany broke out it was left in abeyance. Towards the end of the war, in the summer of 1918, the Scottish Office first proposed to Leverhulme that under the Small Landholders Act, the Board of Agriculture should take possession of certain of his farms and create something fewer than a hundred and fifty crofts. He was against this, even though some local politicians believed that Leverhulme’s project and the provision of more crofts were not mutually exclusive. But Leverhulme firmly believed that he could greatly improve living standards to an extent that crofting would become a forgotten way of life. He was also impatient with politicians’ machinations and the laborious indolence of the political system that persisted with the ‘futile land reform’ instead of adopting what he considered the most sensible course of action; to forget about new crofts and allow him, in the interests of expediency, to behave like the monarch of the Western Isles.

Thus, by the beginning of 1919, the positions taken up by those involved were fairly well defined. Robert Munro, himself a Highlander, believed passionately in the reinstatement of the crofts and he also felt strongly that the Westminster Parliament was unlikely to tolerate any departure from the implementation of land reform, but he saw no reason why Lewis should not have Leverhulme’s industrial schemes as well as more crofts. Leverhulme refused to budge, believing that the break-up of his farms would lead to seriously inefficient, probably unsustainable, and ultimately abandoned smallholdings as crofters moved away in search of better incomes. Ranged against this at least ostensibly reasonable prediction was the formidable influence wielded by prospective crofters away fighting in France, as well as by supporters of the Highland League which was politically dedicated to land reform.

In early March 1919 men started to take over Leverhulme’s farms on Lewis. They drove off the farmers’ livestock, demolished boundary walls, and staked out six-acre plots: by the summer sixteen out of the twenty-two farms on the island had been affected. Expecting Leverhulme’s approval, the raiders were taken aback when he voiced his complete condemnation of their actions and asked them to withdraw from his land. Some left, but others erected shelters for their families on the stolen plots. Leverhulme was evidently not willing to prosecute ex-servicemen who were trying to secure homes for their families, and it seems unlikely that, under the circumstances, legal action would have succeeded. Instead, he toured Lewis trying to persuade them that their future lay with him and not in the crofting system. They were, however, extremely reluctant to abandon old ways and most of them continued to espouse the crofting way of life.

Attitudes began to harden and polarize, culminating in politicians pressing ahead with land reform and Leverhulme demanding a ten-year moratorium coupled with a thinly veiled threat to withdraw from his schemes. In early 1920, upon his return from a business trip to the US, Leverhulme learned that raiding had continued during his absence. By then, serious financial difficulties were besetting Lever Brothers concerning the disastrous Niger Company, making his decision about the Western Isles project relatively straightforward. With a pressing need to make significant savings, he announced intention to concentrate his efforts on Stornoway and on Harris, and that all work in the country areas of Lewis would be abandoned forthwith.

The population of Harris was smaller in size and more scattered than that of Lewis. Consequently, Leverhulme’s plans advanced there with very few problems. With permission from the locals, the fishing village of Obbe was renamed Leverburgh. On 3 September 1923, Leverhulme addressed the Stornoway Council and the Lewis District Council at a meeting which he had asked to be specially convened on that date. Leverhulme asked them to take the land and make their system work, but only Stornoway, always on Leverhulme’s side, accepted the gift, set up the Trust, and to a large extent made it work for the benefit of the town. Left with so much of the Island he no longer wanted, Leverhulme sold off as much as he could, but many of the buyers were interested principally in shooting and fishing. Leverhulme died in May 1925. Very soon thereafter the Board of Lever Brothers gave orders for all development on Harris to stop, and so Leverhulme’s scheme for the Western Isles perished with almost nothing achieved there. 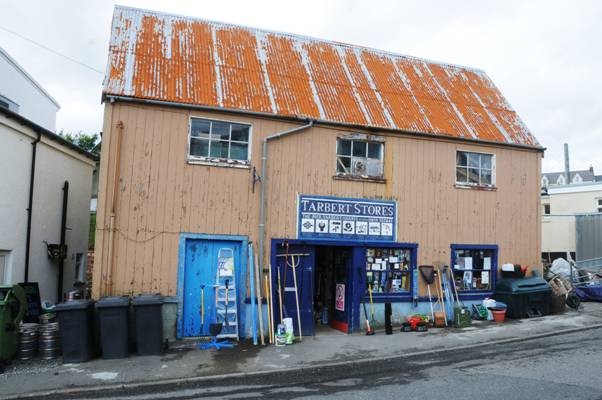