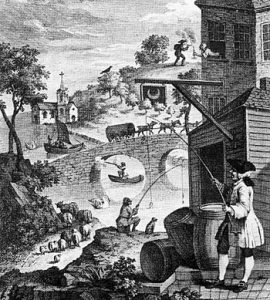 This talk is an in depth look at the profound mystery of perception. There is an eternal fascination with the unfathomable, the weird ambiguous state of seeing things which are not there – yet are there. It carries us back into that long gone deeply missed period of our childhood when magic was common place and when the boundary between the possible and the impossible was very blurred. In the same way as a magic trick surprises and delights us there is a primal enjoyment in being deceived by optical illusions. Since Roman times illusions have been used in art. The stretching and distorting of perspective has been highly developed by artists to create a range of effects on the viewer. 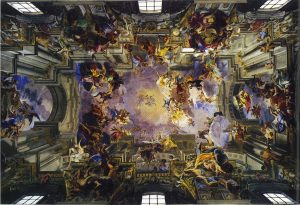 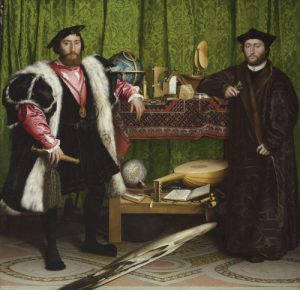 “The Ambassadors‟ by Hans Holbein the younger, 1533

Along with Composite Portraiture and Impossible Figures, the 18th – 20th C saw the immense popularity of Double Imagery, widely distributed on puzzle cards and popular advertisements. We then move on to Ambiguous Imagery as used by the masterful Belgian surrealist Rene Magritte. 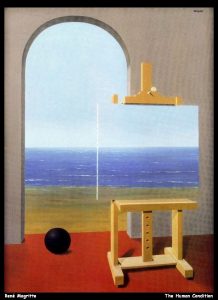 In the 1960‟s the term Optical Art or Op Art was coined to describe the growing movement of abstract painters led by Victor Vasarely and Bridget Riley. Op art is a mathematically oriented form, usually abstract, which uses repetition of simple forms and colours to create vibrating effects, moiré patterns , an exaggerated sense of depth, foreground-background confusion, and other visual phenomena.

Camouflage, born out of war, and taking its influence from nature with a little help from the surrealists gave birth to “disruptive pattern” and “razzle dazzle‟. As well as a form of disguise it has also become a means of distinguishing friend from foe. Camouflage has also flourished during peace both as a means for protest, statement and modern design. 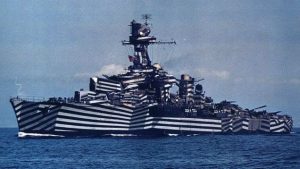 Finally, the ultimate illusion of using perspective, colour and design in Theatre Magic to conceal, shrink and ultimately disappear.

Masters of Deception Escher, Dali & The Artists of Optical Illusion by Al Seckel

Vision and Art: The Biology of Seeing by Margaret Livingstone

Escher on Escher: Exploring the Infinite by M.C. Escher

Illusion in Nature and Art by Richard Gregory and E.H. Gombrich.