A Subversive symbol from Commedia Dell’Arte to the Present Day

Mr Punch – the most famous puppet character of all time. His comic irreverence gave “Punch” magazine its title. His anarchic vitality has inspired opera, ballet and punk rock and his enduring popularity has seen his likeness on goods ranging from Victorian silverware to computer video games. Appearing in England in 1662, Punch is descended from the Italian Clown Pulcinella of the 15th C Commedia Dell’Arte tradition.  Even today This Lord of Misrule uses his slapstick to dispense with oppressive authority, be it politicians, Political Correctness or the devil, while proclaiming his notorious refrain; “That’s the way to do it!”

That once ‘radical scourge’, like the magazine, had softened into a domesticated shadow of the squeaking, psychopathic puppet in traditional Punch and Judy shows, which the founders had chosen as their title, host and front cover mascot. The original Punch can be traced back at least as far as Pulcinella in Italy’s commedia dell’arte, but it was on 9 May 1662 that a ‘puppet play’ of Britain’s own Punchinello, later Mr Punch, was first recorded by Samuel Pepys in London’s Covent Garden.

The earliest recorded evidence we have of Punch in England is from the 17th Century Diarist Samuel Pepys. Who, while on a visit to Covent Garden, on 9th May 1662, wrote…

“Thence to see an Italian puppet play that is within the rayles there, which is very pretty, the best that ever I saw, and great resort of gallants.” 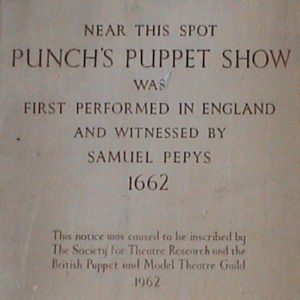 Plaque erected in Covent Garden to commemorate Pepy’s viewing of a Punch and Judy show.

The Monarch of the day, King Charles II, was also a regular visitor to Covent Garden, which was home to his mistress Nell Gwyn. It is thought the King enjoyed the puppet shows so much that a Royal Decree was passed, allowed Punch & Judy men to call themselves “Professor”. Although there is little truth behind this, to this day Punch & Judy performers refer to themselves as Professors. 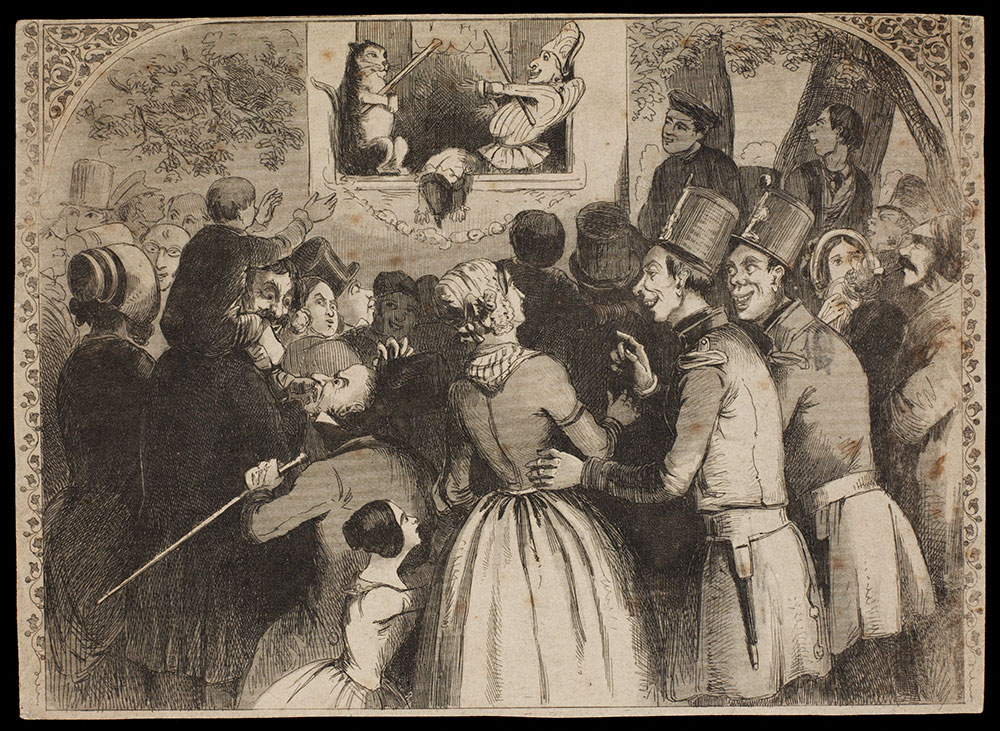 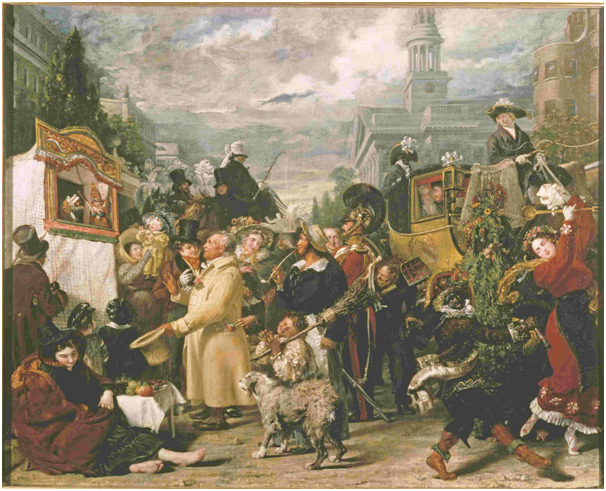 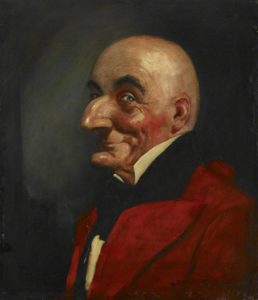 The model for Raven-Hill’s painting was the cover star and figurehead of Punch, the weekly humorous cartoon magazine for adults launched in 1841.

Punch was conceived as ‘a radical scourge of all authority’, initially campaigning against political corruption and social injustice, including the high cost of the monarchy. 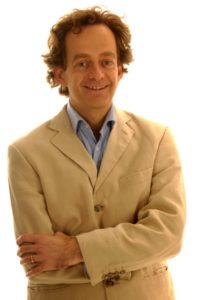