Hugh Daglish was born and brought up in Oxton, Wirral; and he went to Birkenhead School.  He joined the Royal Navy when he was 19 and served for 36 years.  He had 10 ships: destroyers, frigates and aircraft carriers, including HMS ARK ROYAL, built at Cammell Laird’s.  In his last two sea appointments he was Captain of the destroyer HMS NEWCASTLE, and he served in Her Majesty’s Yacht BRITANNIA as the Commander.  He also had one command and 6 staff appointments ashore: in Whitehall, Portsmouth, the Staff College, and lastly in Virginia USA (living there with his wife Valerie) working for NATO. 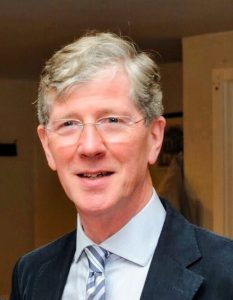 He left active service in November 2005 and moved to West Kirby with Valerie.  For 5 years he ran a house-letting business, and then sold it with no regrets for what had been an interesting experience.  He has been a Wirral magistrate since 2007; he was elected Deputy Chairman of the Wirral Bench in 2015 and Deputy Chairman responsible for the Wirral magistrates and courthouse in the newly amalgamated Merseyside Bench in its first year from April 2017.  He chairs a Friends group for Victoria Gardens in West Kirby. For seven years to 2017 he was chairman, and since then president, of the Guillemot Trust which aims to give sailing experience to those who would not otherwise have the opportunity.  He has given many a talk on the Royal Yacht, for several years in aid of the St Bridget’s Appeal, which he led in its final phase; and since for the Soldiers’, Sailors’, Airmen’s and Families’ Association, for whose Merseyside Branch he became Vice Chairman in 2014.  He was appointed a Deputy Lieutenant of Merseyside in April 2015. 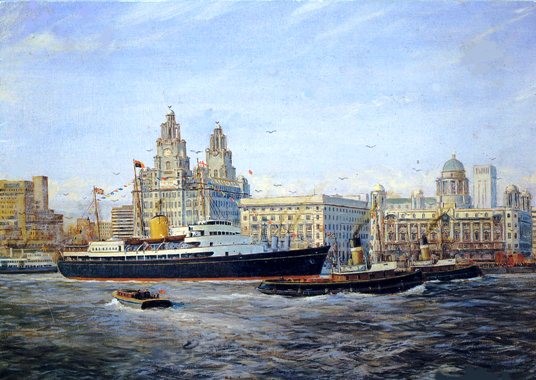