Professor Ian Morison is an astronomer  who served as the 35th Gresham Professor of Astronomy. Though a radio astronomer by profession, with a long career at the Jodrell Bank Observatory, he has been a keen amateur optical astronomer since making his first simple telescope with lenses given to him by his optician at the age of 11.  In 1990 he helped found the Macclesfield Astronomy Society of which he is now patron and he is a past president of the UK’s Society for Popular Astronomy, remaining on its council and acting as its Instrument Advisor.  In 2003 the International Astronomical Union named an asteroid after him citing his work at the Observatory and public lecturing. He writes a regular ‘Telescope Topics’ column for ‘Popular Astronomy’ and has made many contributions to the ‘Sky at Night’ and ‘Astronomy Now’ magazines.  Cambridge University Press have recently published three of his books including ‘A Journey through the Universe’ covering our current understanding of the Universe and he has just begun to write an ‘Astronomy Digest’ (www.ianmorison.com) to include articles of interest to amateur astronomers and update the CUP books.

Ian will give a colourful and fully illustrated talk about the wonder of some of the Solar System’s and Earth’s most fantastic heavenly phenomena. He will not only show pictures of eclipses and the Aurora from around the World, but will explain how the phenomena are created and the aspects of their visual impressions. If you’ve never witnessed an eclipse, or seen the Aurora, this talk by such an eminent person as Professor Morison is not to be missed. 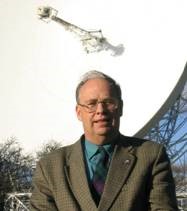 Camping out beneath the Aurora Borealis