Spencer Smith, the Archaeology and Monuments Officer of The Ironbridge Gorge Museum Trust, will deliver a lecture on The Darbys of Coalbrookdale a dynasty of three generations which played a great part in the Industrial Revolution

The beautiful Ironbridge Gorge is one of the United Kingdom’s first World Heritage Sites and attracts a considerable amount of foreign interest. 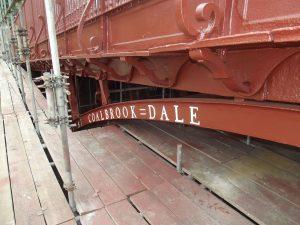 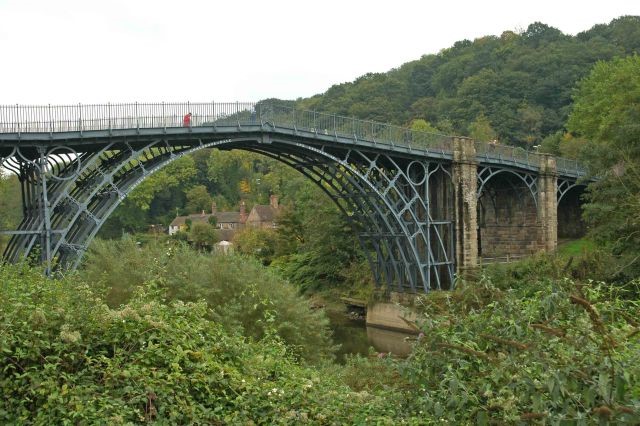 The Iron Bridge over the River Severn in Shropshire, a scheduled Ancient Monument, the first bridge in the World to be constructed of cast iron.

In 1709 the first Abraham Darby moved to Coalbrookdale in Shropshire, on the Welsh border, where all the raw materials he needed were close at hand. He took over the derelict furnace there, and rebuilt it. He started to experiment again, this time with fuel. Soon they were using coking coal instead of charcoal to smelt the iron: coking coal was plentiful, had fewer impurities, and produced a better quality of metal, so it was a vast improvement.  Although not the first coke fired furnace in Europe it was the first to remain productive for several years.  This change of fuel was a major breakthrough and the consequent mass production of iron certainly helped accelerate the industrial revolution.

All three Darbys, were good employers. Coalbrookedale had a school, workers’ cottages, and lovely country walks. The ironworks paid higher wages than the local potteries or mining.  In times of food shortages Abraham III bought up farms and grew food for his workers.

The 1770s was a period of expansion for Coalbrookdale, and a bridge across the river Severn was badly needed.  Shares were issued to raise the £3,200 required to build the world’s first cast iron bridge, using an innovative arch design, and Darby agreed to fund any overspend. Although it had been predicted that 300 tons of iron would be needed (costing £7 a ton), 379 tons were eventually used. This and other cost overruns amounted to nearly £3000 over and above what had been anticipated.   Darby bore most of the cost over-run, and was in debt for the rest of his short life.

The bridge was completed in 1781 and made Coalbrookdale famous.  The village of Ironbridge sprang up and the area became known as Ironbridge Gorge.  It is now a UNESCO World Heritage Site, described as the cradle of the Industrial Revolution. 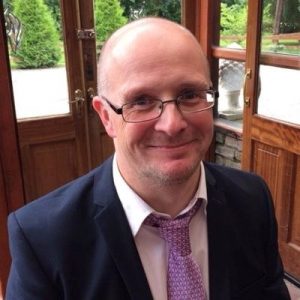